What is your goal as an artist? Why do you create? 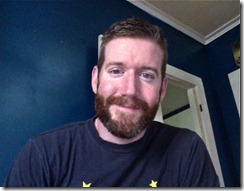 There are always gaps of varying distances between the ways in which we apprehend the world and the language we use to explain it. I prefer to think of my work as filling or narrowing these distances. Alternately, Wallace Stevens once wrote about the role of imagination as “pressing back against the pressure of reality.” I like this idea very much – that the work of the artist is made in direct response to, or in direct defense against, the rest of the world.

What is your main/favorite/most often used medium, and why did you choose it?

Like many artists I bounce around quite a bit depending on the project, but these days I’m always drawing. This is actually somewhat new – I became really interested in making works on paper in graduate school, and discovered a deep affection for the process then, whereas before I’d always utilized drawing as a means to an end. I’m a paper fanatic too, so I spend a lot of time eking out material nuances of various drawing materials on different surfaces.

When did you begin your study of your art?

I showed up to the party later than most. I went to a small liberal arts school in New Orleans, and spent a couple of semesters experimenting… I was — for the first time in my life — really in love with what I was learning, but I wanted something more physical than a 15-page paper to show for it. Studio Art courses offered this possibility, in that they changed up the game – listen to lectures, read assigned readings (or rather, gain material facility through practice), conduct independent research, and then create a unique object that synthesizes all of this. It was exactly what I was looking for, in that at the end of the process, I was left with an object that somehow marked the acquisition of knowledge in physical space. Furthermore, it seemed to be the best way to bring together all of the things I was interested in.

Are you working on a new series/theme now?

I am. I’ve been making a lot of work recently on the relationship between solitude and insight – or, more precisely, of privacy and thought. It started as a reaction against the increasing connectedness we experience through technology. The work itself is very quiet and made quite slowly, shifting between large drawings based on perceived phenomena, and small diptychs based off of the notebooks of great scholars. I’m becoming more interested in different forms of connectedness available to us – those that occur in moments of great internal discovery while conducting the most regular of activities: writing, sleeping, staring out a window, driving, running, listening. By way of further explanation: the kind of experiences that form the centerpieces of most of Virginia Woolf’s writing.

What people or other art influenced your work? Was it positive or negative influence?

I am very impressionable and have to be careful about what I take in, particularly in periods of productivity. I do have certain champions or personal heroes whose work and practice I consistently look towards for various kinds of inspiration – I feel like I gain something very specific from each of them, so they’re somewhat all over the place. I respond very deeply to the technique and virtuosity of Rembrandt, Giotto, Pierre Bonnard, Leonardo da Vinci, Vija Celmins, and Shirazeh Houshiary. However, I have enormous respect for material trespassers like Anselm Kiefer, Paul Thek, Louise Bourgeois or Kiki Smith. I greatly admire the human empathy of political artists like Doris Salcedo, Felix Gonzalez-Torres, Ross Bleckner, Goya or Maya Lin. Writers whose prose and structure have had an influence: Annie Dillard, Wallace Stevens, Clarice Lispector, Virginia Woolf, Ralph Waldo Emerson, Adrienne Rich…. the list goes on and will probably change next week.

Do you do any kind of research for your art?

I’m a big reader. I get very interested in a broad subject, like “translation,” or “privacy,” for example, and want to analyze it from every possible angle. I’ll read fiction, poetry, and hard science with the same level of engagement, not necessarily separating them into hierarchies of truth in my mind. This practice can work against me unfortunately in games of Trivial Pursuit, or quiz nights in bars. But it’s important for me to understand how other people have attempted to interpret or apprehend these broad areas of lived experience; in such pursuits, scientific method or poetics or abstract formal compositions all become equal footholds with which to make sense of the world. I like to listen in on the conversation before jumping right in – it seems somehow polite, and the best possible way to avoid looking like a fool.

If you could learn to do anything with a guarantee that you would not fail, what would you pick?

What are your top ten favorite things?

-Running in the woods.

-Being alone in museums with works of art I admire.

-Teaching and working with my students.

-Visiting friends in other cities.

What was your favorite subject in school? Least favorite?

I always loved English class. In P.E., I was usually the kid who “forgot” his gym clothes. This is funny because I actually really like exercise, but I wasn’t into team sports.

Tell me one random fact about you that I never would have guessed.

When I’m at the gym, I listen exclusively to metal, and loudly.

A place for Artists-in-Residence, Fellows, and Hambidge Supporters to stay in touch and get involved.